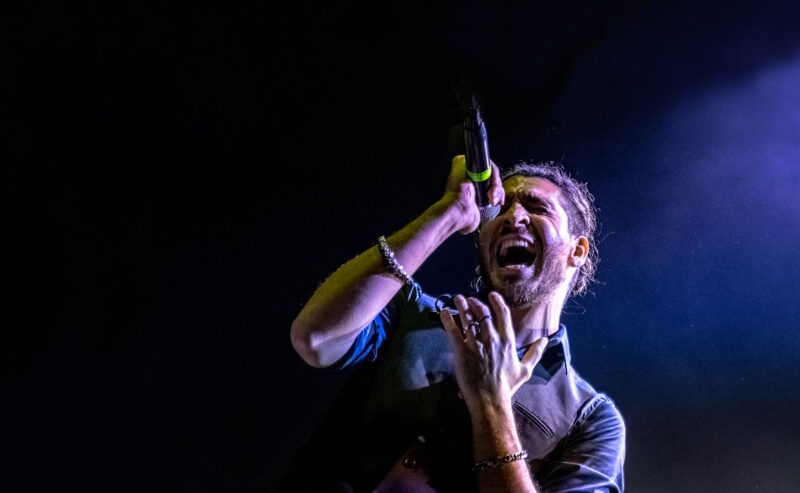 My professional career as a singer began in the early 2000 when I joined my first “real” band: Overtures.

Since then I’ve been performing more and more year after year, starting to tour throughout Europe, and while Overtures kept on playing their part in the world of music business, I also had the chance to perform with several other acts: Future is Tomorrow (prog-metal), Hammered (thrash-metal), Rain (Deep Purple cover band), Off & Brau Sisters (Hard’n’heavy Coverband), Crossover 902010 (Alternative Rock Coverband) & more.

Right now I am an established and stable member of the Symphonic Metal band Visions of Atlantis, that I joined in 2018. With VoA I’ve been touring in Europe, USA, South America, I’ve been performing in some of the main metal-festivals and I have recorded a studio album (for which I also took part as songwriter), a live album and a live DVD/BluRay (that I have also mixed and mastered) and we are currently working on a new record.
Visions of Atlantis are currently signed with Napalm Records.

In 2018 I also joined the modern-metal band Temperance, for whom I am also responsible (together with my partner-in-crime Marco Pastorino) of the production, songwriting, lyric writing and arrangement of the latest albums ‘Of Jupiter and Moons’, ‘Viridian’ and of the acoustic EP ‘Melodies of Green and Blue’. Temperance toured several times throughout Europe, are currently working on a new album and signed with Napalm Records.

In 2019 I became part of the huge new-age project ERA – The Live Experience. Worldwide renowned for the hit track ‘Ameno’ and with over 6 million copies sold for its first record ‘ERA’, the project was never brought live until 2019 when mastermind Eric Levi decided to bring his music to the stages asking to my partner in life and in Temperance, Alessia Scolletti to join him.

I am also still collaborating with Kaledon, a power-metal project from Italy that I joined in 2015 and Ship of Theseus, a modern-metal studio project born from the creative mind of Marco Cardona, that I can proudly call a close friend.

For my live performances I proudly endorse Shure, VocalZone and for my performances with Temperance I wear Psylo Clothing.