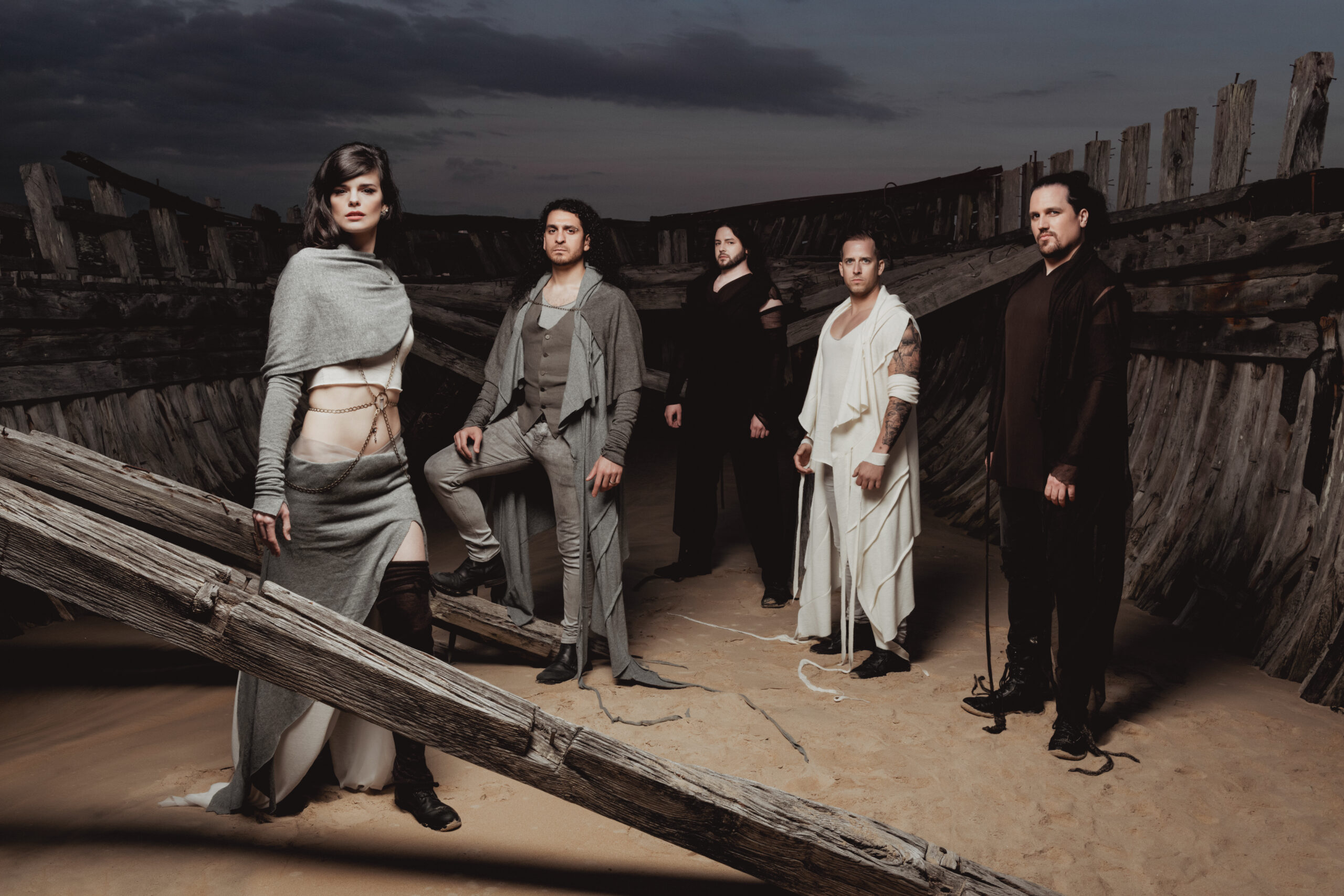 Visions of Atlantis have set their creative sails higher than ever! The maritime discovery journey of the symphonic metal quintett featuring exceptional singer Clémentine Delauney is brilliantly linked to their globally successful 2018 masterpiece “The Deep & The Dark”. “Wanderers” has everything, is everything and therefore can do everything. Whether epic, romantic, mysterious, dark, powerful, emotional, intimate, passionate, exotic, melodic or poetic – these fantastic songs are and always will be unforgettable. The deeply touching male-female vocal duets of Delauney and Michele Guaitoli captivate. Thematically, the album is a fabulous trip around the globe that could also be celebrated in your own heart, with exciting, unruly eventful stories about vast seas and oceans, always on the very best course for self-discovery. You can easily hear it from every note played and every octave sung: Visions of Atlantis feel completely free and give their art a correspondingly wild pulse. But in everything, the heart of the band is just as free and open as when they discover and learn, ultimately becoming an even greater self.

Temperance is where exceptional vocal melodies, energetic Metal guitar riffing and symphonic atmospheres meet in perfect harmony. Led by a unique vocal triad, Temperance manages to unite heaviness with an impressive level of catchy melodies that will make you want to push the repeat button instantly.

Different from most Symphonic Metal bands, Temperance brings together no less than three vocalists, all adding their own style and flavor to the ensemble. The combination of Alessia Scolletti’s crystalline voice, the strong timbre of Michele Guaitoli and the rough vocals of mastermind and guitarist Marco Pastorino, make Temperance stand out completely. With Millions of Youtube views, hymns as ‘The Last Hope In A World Of Hopes’ or ‘Of Jupiter And Moons’ seem to prove that point.
After building up with 4 albums released in the past 5 years, Temperance is now all set to join the premier league, after the release of the latest album, ‘Viridian’, out now via Napalm Records.

Music has this power to transport its listener to another dimension, although it is unlikely for such power to be released with as such strength as the albums of ERA bring about.

An imaginary language carried by a fascinating and timeless music enabled Eric Levi to deliver a fascinating work that touched the very heart and soul of millions of people around the world.

Through his first european ERA live show Eric Levi demonstrates his will to free himself from every musical boundary and thereby keeps us delightfully surprised.

« As a rule, I try never to follow the musical frameworks imposed by times and cultures, I am always looking for strong emotions through the process of writing music, for ERA it is as if i was writing the soundtrack of a great epic movie that has not been conceived yet » says Eric Levi.